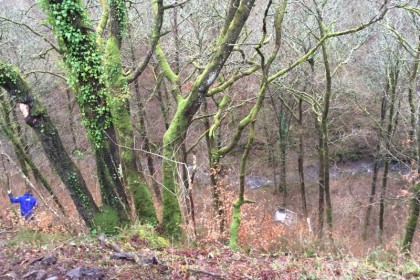 The intentions for the pre-season outing on the Red Kite were to build a working relationship with new co driver for 2016, James Morgan.  Also we needed to gather data from the car with regards of setup of diff settings in preparation for the Mid Wales Stages.  Spencer Sport were new to the Fiesta R5 it gave the lads & team time to bond with car and get to know how it works. They’ve had R5 experience with running the unique Mitsubishi Mirage R5 on national events over the last 12 months or so.

A mile into stage 1, unexpectedly the car dictated a change of direction very aggressively and we went off the road at 120kph backwards down a 250ft ravine. The car rolled more times than I could count and we fortunately and violently came to an abrupt end which felt like a entirety rolling down the hill bouncing off the trees. I remember Jari Matti Latvala’s accident at Rally Portugal 2009 when he crashed in the Focus WRC and rolled down the mountainside and you just can’t comprehend something like that till it happens to you. It’s not a feeling I wouldn’t want to wish upon anyone and never want to experience again.

It took nearly 48 hours to recover the car. It was clearly going to be extensively damaged.

But amazingly, it was repairable in time for the Mid Wales Stages, some 11 days later. I personally would like to thank the M-Sport & Spencer Sport technicians and also Dave Jenkins Motorsport who spent all weekend nonstop painting the car after the car returned from the body shop at M-Sport. 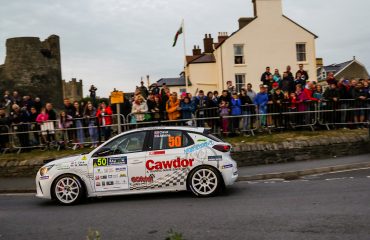 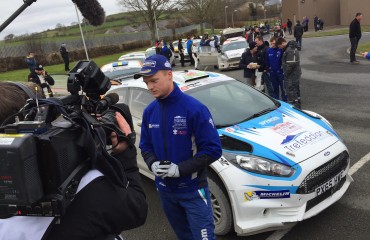